Today is a big day.  It is an event that distills the fakeness of everything around us.  Everything is fake.
The Bug Juice is finally approved.  Pfizer got FDA approval for its Stupid19 shot.  It's all quite incredible, when you step back and look at a few things.
First of all, it was really quick.  The original paperwork said early 2022 was when they'd be eligible for finishing the trials and applying for approval.  I wonder what happened that made them able to move so fast?
The social management and engineering behind this is even more wonderful to watch.  Remember when a 'rushed' Fauci Medical Kit was seen as dangerous and stupid - because Bad Orange Man Bad was in office?
I do: 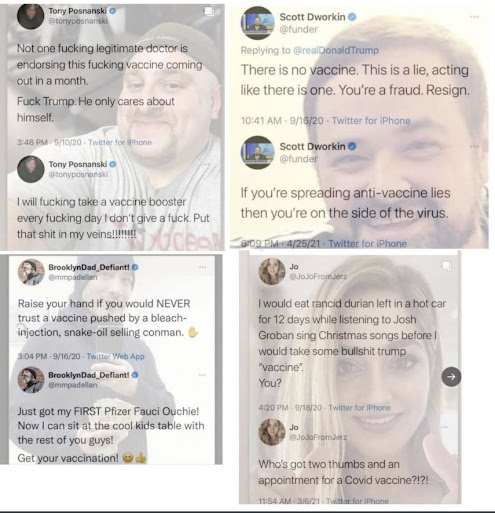 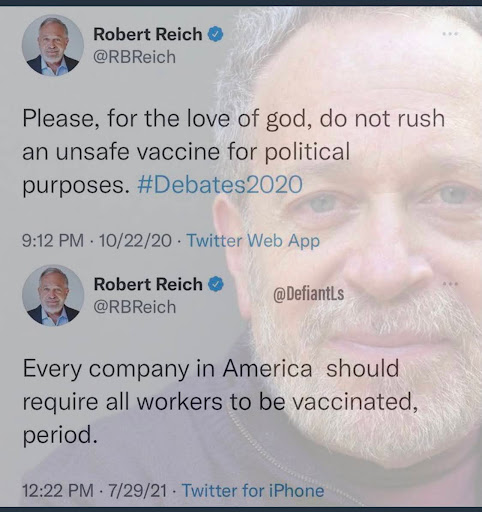 See how easy it all is?  Can you see why it is all a game, a game of using fake authority to get what you want?  The 9 newly minted Pharma BILLIONAIRES understand this.  The Herd does not. Now that those people on twitter are cool with the BUGJuice, they are too.  The Ignorant Industrial Complex has had all vestiges of what we used to call 'sales resistance' removed by Social Media.
Karl Denninger is all over this, and he brings up some interesting points.  He cynically and correctly notes that all of his points will be ignored.  That they're ignored by the True Believers is standard procedure.  That these legal points will be ignored is why you see 'fake government' listed up above.
"So the FDA has “fully approved” the Pfizer jab for Covid.

In doing so standing alone they have broken the law and thus have irrevocably destroyed their authority and any reason for anyone to ever do anything based on them ever again.

Let me explain.
I was intrigued as to the Moderna $MRNA stock price.  This is what we are looking at today: 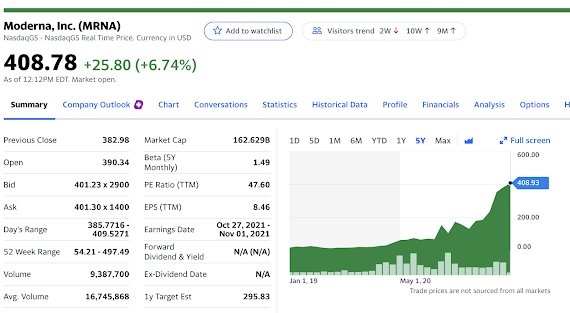 Not bad for a company, if we're going by the letter of the law, has just had its EUA status nullified.  Not only did the stock price not get vaporized, it's up almost 7% in the past 3 hours. Not bad for a company that is a complete blank slate and had never created a bug juice in its history.  Within the last 18 months you could have bought $MRNA for under $20 a share.  Now it's over $400 per share.  Someone made out like a bandit.  I didn't.  I doubt you did either.
Pfizer is only up 2.6% today.  You'd think that it would be much higher.  I guess because the stock market is fake too they do what they want.
I hope there aren't any issues with this quickly approved BUG19 Juice.  Keep your eyes open out there people, because if there are any issues with it, unlike if you have a defective car, electric toothbrush, or toaster oven, you can't do a damn thing about it: 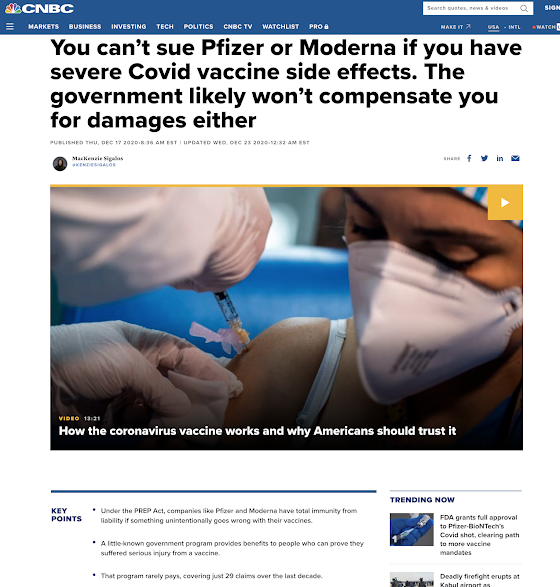 In every other aspect you can sue.  The lawyers run this Thing, and have an unreal level of clout in all aspects of our fake society.  But here, you cannot sue.  You have no legal recourse whatsoever if you're hurt.
Does that seem acceptable, logical or normal?
It doesn't to me.


Here's how you can help me make money during The Collapse:


You can send me Bitcoin Cash (BCH) here: 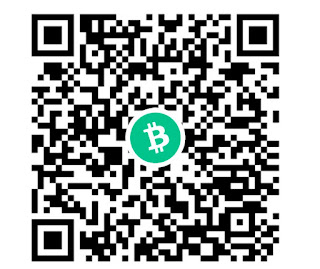 My Udemy classes are here - extremely low price and you have them forever.

I also sell custom made mugs. I'll do personalized orders as well. They are all made in the United States - in Pennsylvania.

All of the mugs are here on Gearbubble. These are made in the USA, and if you don't want to contribute to Amazon's record profits during this time of CV19, the Gearbubble link is the one to use. Thank you!